The blue ones are now out of print so harder to get hold of.
_
What makes Sik Piks special is that they are made to be played 'on the edge'! I had never come across this until my friend told me that he often plays 'on the edge'. There are 3 varying degrees of angles depending on how parallel you hold your pick to the strings.

Again, this is a pick I didn't think I'd be able to play with but I was amazed how natural it felt to play with! I started with the S35 and worked upwards. It really is personal preference, but for me, the D55 was beautiful to play with! It felt so comfortable between my fingers, with good grip. I liked the smooth rounded tone, but playing slightly on the edge gave a nice strength and attack. I can certainly see how this is a speed pick. This is a great pick and it has realy surprised me that such an odd shaped pick is so natural to play with!

Sik Piks came about through observation. Watching how players (like George Benson, Pat Methany and Jorge Strunz) used their picks in a unique playing style to achieve incredible results. Seeing the seemingly effortless way in which these players traversed the strings. The feel, the dynamics, and the sound are the fundamentals that need to be different to create a strikingly different result. The Sik Pik is the smallest change that can be made to create a profound effect. A real change in pick shape brings about a profound change in playing. An evolutionary change is not a simple thought, but a foundational change that creates a positive difference in how the string is played. 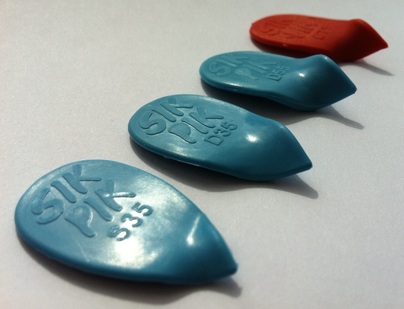 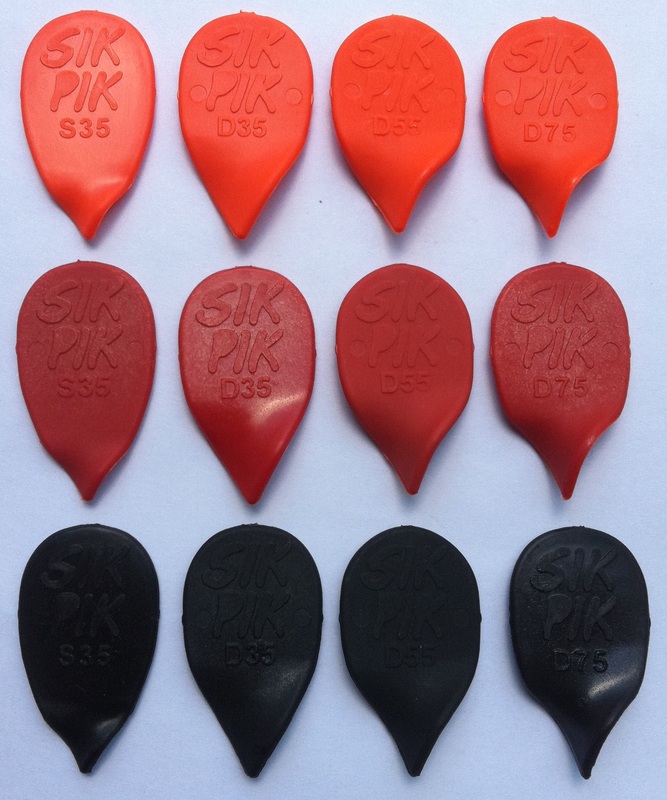 These are the current range of colours. Click on any photo to go to their website.
The black ones are only available in Japan though! 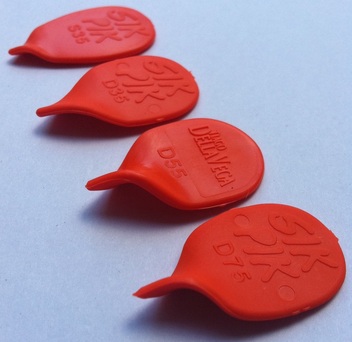 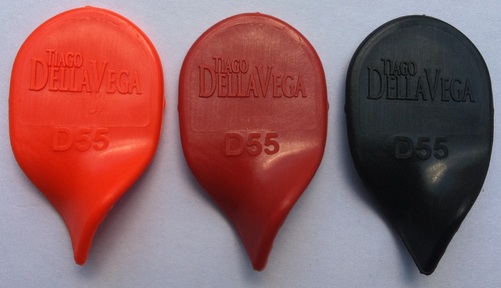 Tiago Della Vega is a Brazilian guitarist. He held the Guinness World Records title as the fastest guitar player in the world, from 2008 - 2011, playing The Flight of the Bumblebee by Nikolai Rimsky-Korsakov at 320 beats per minute.
He used the Sik Pik to play his custom signature Andrellis 7-string guitar.

Then along came John Taylor who beat his record twice. First at 600bpm then at 620bpm. His first record was using a Jim Dunlop 1.5mm flat pick, then Sik Pik approached him to try a Sik Pik.  It only took him a week to get used to them and become hooked!  He has used a Sik Pik D75 ever since.
This is one of his that he sent to me! 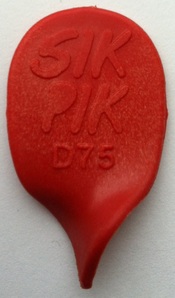 Click on the photo to read more about John Taylor
_

Click here for full Patent Info (for the technically minded!)