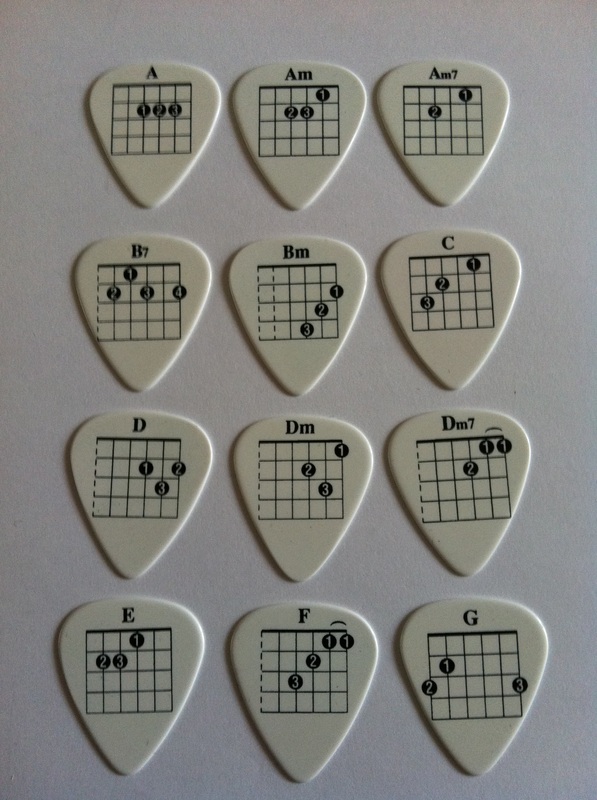 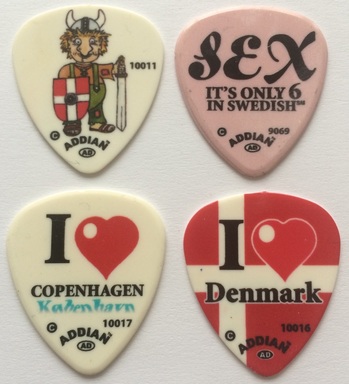 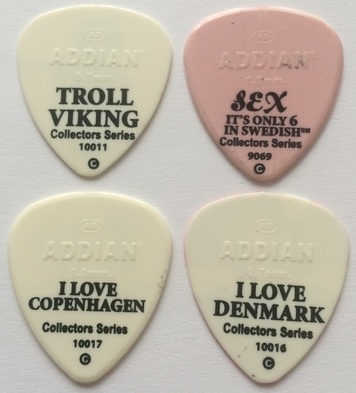 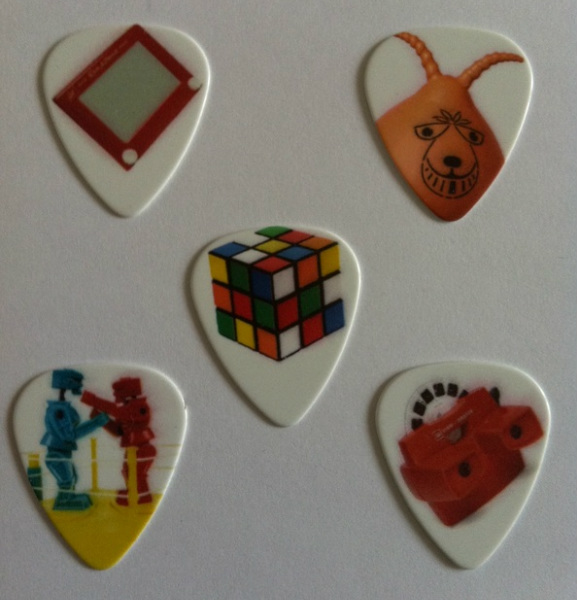 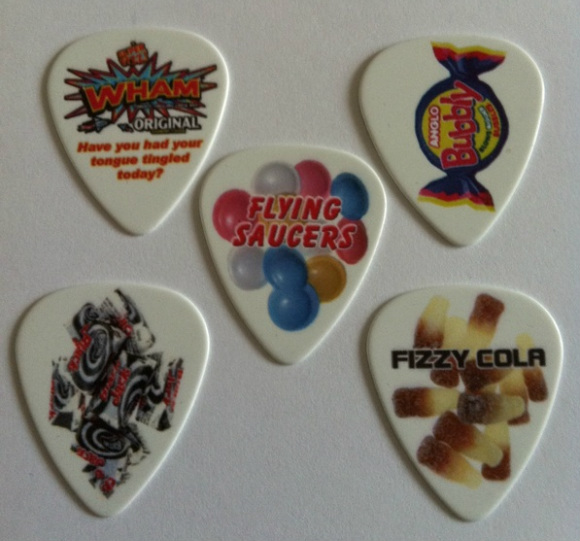 Ghost Holder Zapper2. I bought this awful thing on eBay!
It's got two LEDs but is the most homemade, awkward thing to play with!
It claimed to be 'handcrafted by a retired design engineer.' I don't know any design engineer who'd be proud to claim this design!  The photo on eBay only showed it being played, so you could see the lovely blue LED, but no detail! As a prototype it's collectable, but as a finished product.....?!

Anyway, here's what the rest of the blurb said
"A simple route to a fast long-lasting special effect on stage - equal if not better in performance when compared with a standard plastic plectrum - lead solo never looked so good. Thickness 1mm with a playing point and LED at each end (double-ended double life) UK Patent Application Number: 1019032.0/1019391.0"