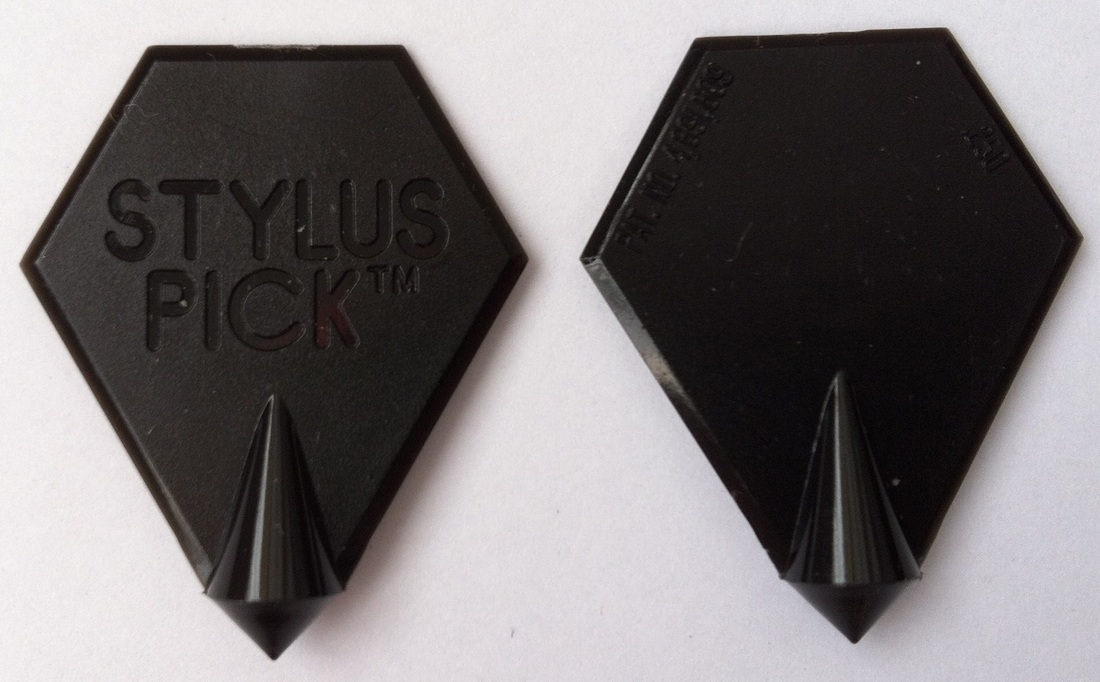 The Stylus pick was invented at Berklee College of Music in Boston.
The pick was developed by some of today's great players; many of which have achieved world recognition and sold millions of recordings.

What makes it so different is the the 360 degree conical tip, totally unique in the pick world.

It's suitable for players of all styles and genres but especially for fast picking.

Head on. Almost aeronatical in design!
So how does it work?
Most  accomplished guitarists will agree that maximum alternate picking speed is achieved when playing from the very tip of the pick, to no more than the first .125" (about 1/8"). The closer to the tip you play, the less resistance there is against the string; and the less energy it takes to move the pick across the string. 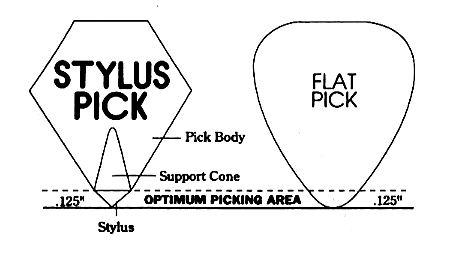 The STYLUS PICK method was designed to help correct the natural tendency to "dig down" with the pick in order to avoid missing the strings.  If you miss judge it, it doesn't work and catches uncomfortably on the strings, so it forces you to be more precise and accurate and use the tip. I guess with other picks, you can 'get away' with digging too deep so the learning process is slower.

Deep picking can result in the need to "muscle" the pick back and forth across the string. Doing this at increased tempos while attempting to play a note with the left hand for each stroke may make you seem like you're playing fast, but may also lead to some bad habits which may limit your endurance and articulation. 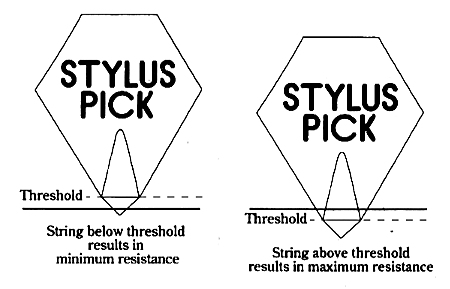 The STYLUS PICK focuses on this through its unique design. The 360 degree conical tip is suspended by the support cone, which protrudes from each side of the pick body. The widest point where the two cones meet is the threshold. When the string rises ABOVE the threshold due to excessive digging, you go nowhere, because the support cone will pull the pick all the way down, and stop the stroke. When the string remains BELOW the threshold, you go everywhere, because the STYLUS PICK will roll over the strings without getting stuck, despite slight errors in depth gauging and subtle differences in upstroke / downstroke inertia.
CD ROM

And just to make sure you're doing it right, there is also a CD ROM to accompany the Stylus Pick!  It includes illustrated instructions, exercises and 3 picks. 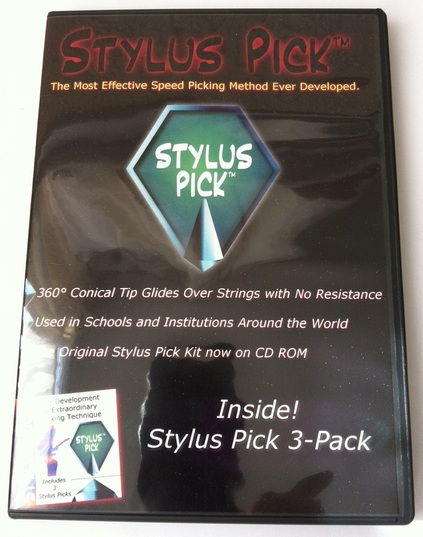 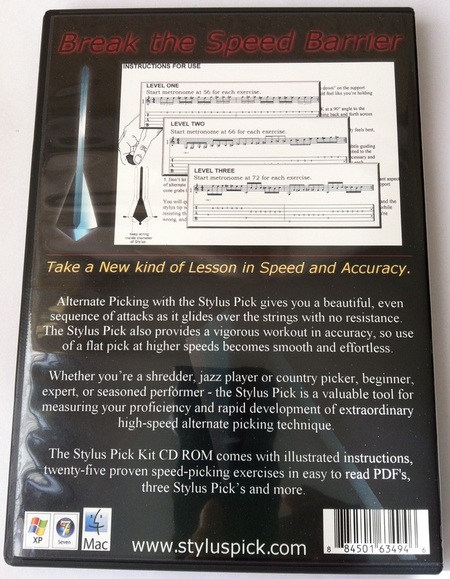