These were manufactured roughly late 60's to 1971.

The Kent Branded instruments were extensively produced in Korea and Japan circa 1960’s. There was no Kent Guitar company, it was a distribution brand for the USA. Distributed in the US, Kent was a trademark used on a full line of acoustic and solid body electric guitars, banjos and mandolins imported into the US and Canadian markets in the 60’s - but NOT MADE BY HAGSTROM.

Some of the early Kent guitars (all types) were made in Japan by either Teisco or Guyatone, at this time entry level models. After this, Hagstrom produced versions of their Solid Electric Hagstrom I, II and III and Electric Bass guitars as Kents also just for the US market, as: 1) a way to get into the market with a brand that was at heard of in the US, and 2) a way for the Kent brand to make a quality leap in an increasingly discerning market. Hagstrom ceased to produce under the Kent brand presumably because they became popular under their own name! I have no other info on Kent, beyond the old “David Bowie once played a Kent Guitar” – now that one WAS a Hagstrom! 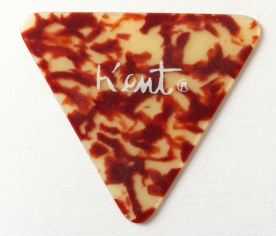