This Dual Guitar Pick invention was first presented internationally at the Frankfurt Musikmesse in Germany 2011. It was invented by Marc Moravia in Norway and consists of a pair of ordinary guitar picks with a spacer sandwiched in between! An extremely simple idea, but really effective to get a slightly fuller chorus sound.  Their have been, and still are other 'dual' picks around but this is by far the cheapest, most obvious solution.

While the picks are already made, they are all hand finished (spacer inserted).

''This must be the only real new expressive interface between a guitarplayer and his instrument''... 'Keith Wyatt, President of Programs, Musicians Institute, LA and regular columnist for Guitar World: ' it did produce a somewhat bigger, brighter sound. I’ll need to spend a little more time with it, but so far so good''.

'Thomas Blug, Stratking of Europe at the 50th Anniversary of Fender: ' I like the pick for your innovative idea. I use it as an Effect. It´s fun''... 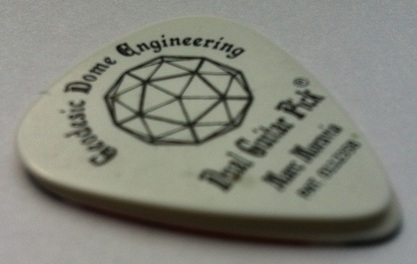 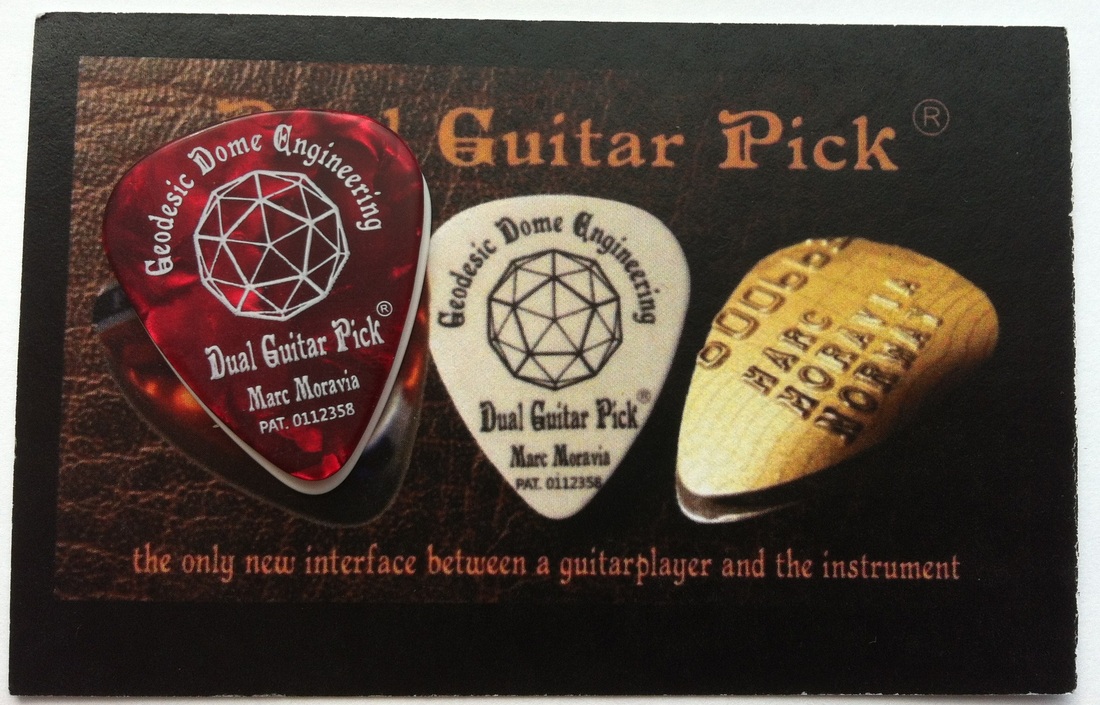 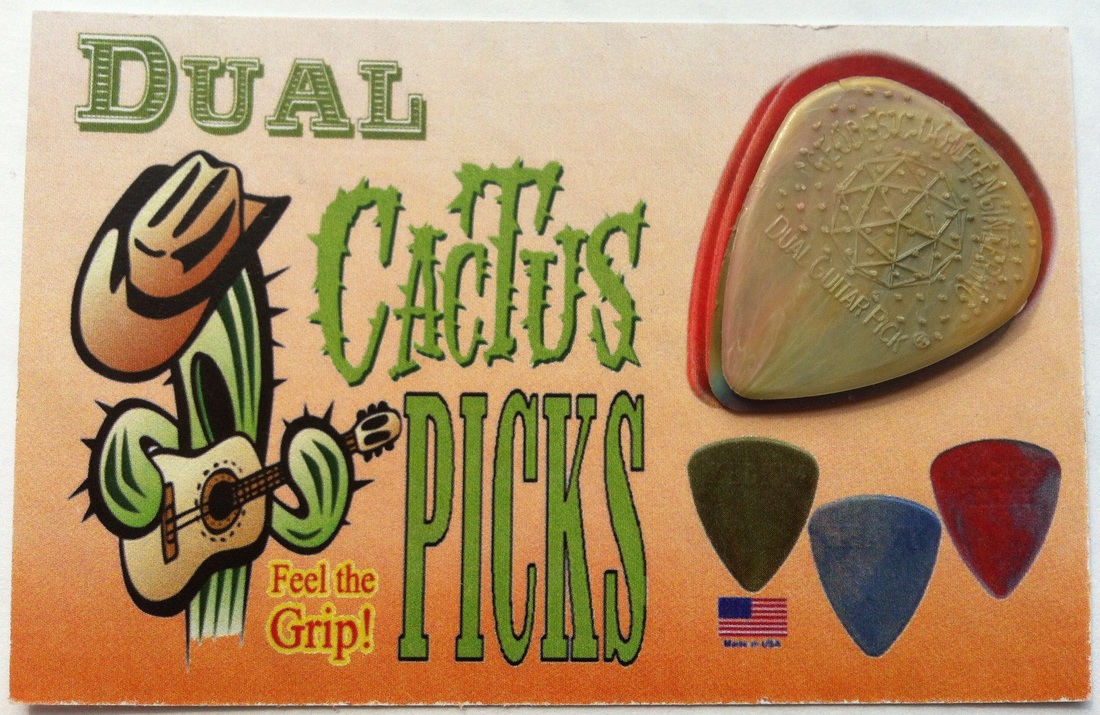 These are much nicer than the other Cactus picks I have. The spikes are smoother and I love the amount of detail in the molding.