I've wanted one of these ever since I read Will Hoover's 'Picks' book!!! (see links page)

These were were patented in the 1940's and came in two sizes.  I have only ever seen the mosaic and the tortoiseshell patterns so assume these are the only two colours they came in. They're a lot smaller in real life than I imagined!

I don't know anything about Bob Clifton, other than there are several references to a flamenco player of the same name on the internet and there was a company linked to guitars called 'Cliftons' so I'll have to do some more delving! 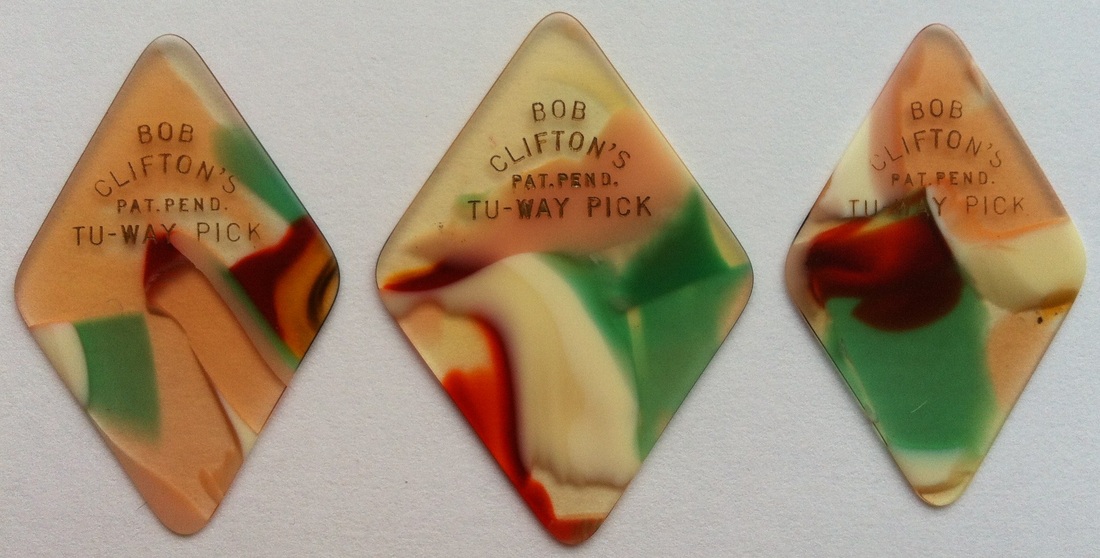 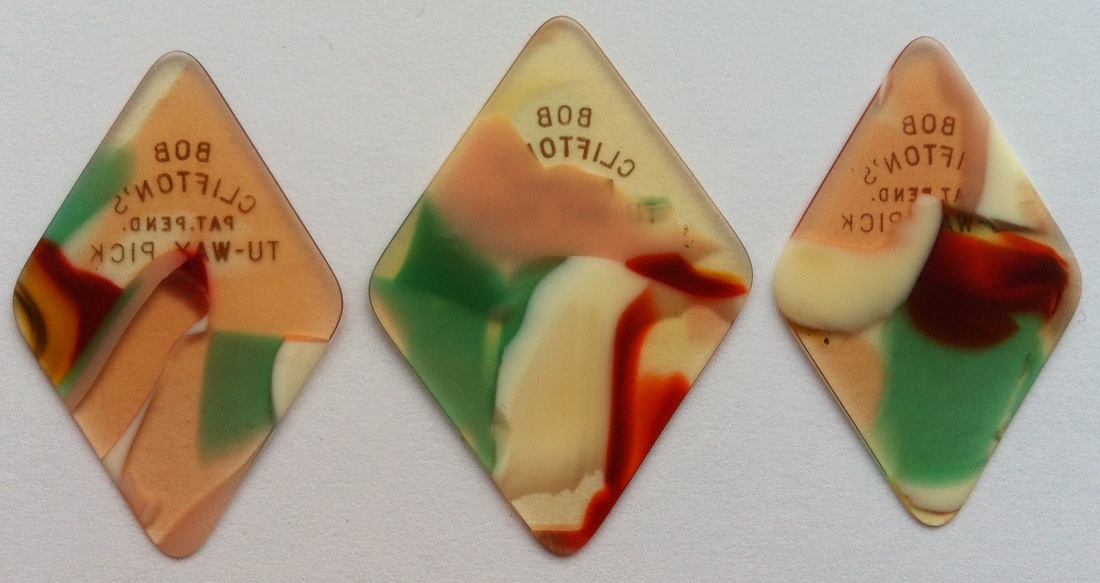 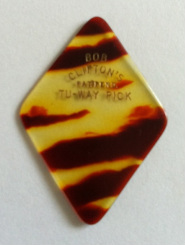 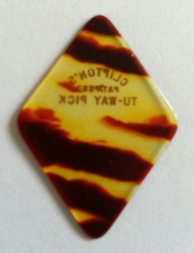