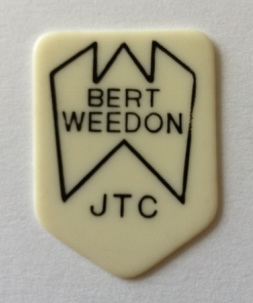 Anyone know what JTC stood for?
Bert 'Mr Guitar' Weedon OBE was born in East Ham, London on May 10th 1920 and is credited as being one of Britain's top solo guitar stars.

He started to learn the guitar at the age of 14 studying classical which was unusual for a boy from the East End of London!   He then went on to play rock, and rock and roll.

Bert became the first British guitarist to get a solo record in the Hit Parade with "Guitar Boogie Shuffle", and a later hit was "Apache".

His advice to guitarists is "Practice hard all the time, study music and technique and when you play, even a scale, put everything you have into it". 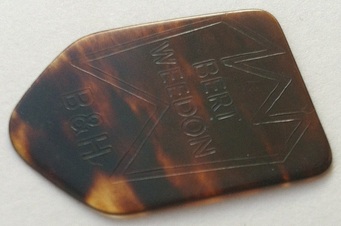 Anyone know what B & H stood for? Blazer & Hankes?
Taken from the Official Bert Weedon website www.bertweedon.com, here's a few wise words from Bert about picks: 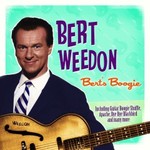 "Plectrums are usually made of tortoise shell or composition, and no two players will agree about the ideal shape for a plectrum. Most music shops sell many varied shapes and sizes so I suggest that you go in and try to find a shape that suits your particular taste. They are quite inexpensive so it is a good idea to buy a few of different shapes. Plectrums vary in thickness, some being very thin and others slightly thicker. A thin plectrum (or pick as they are sometimes called) will produce a light slightly twangy tone, whereas a thicker plectrum produces a fuller tone. I suggest that you buy a couple of each. It is most important to get good plectrums. I have found that many players will spend a lot of money on getting a really good guitar, and then go a buy any old plectrum. This is so wrong, for remember a plectrum helps to produce a good tone, and a bad plectrum might partly spoil the tone of the best of guitars. So please take as much trouble over your choice of plectrums as you do over your guitar, and make sure you are happy with the shape and feel of your plectrums."